The Benefits of Yoga, Part 1-How I Got Hooked on Yoga 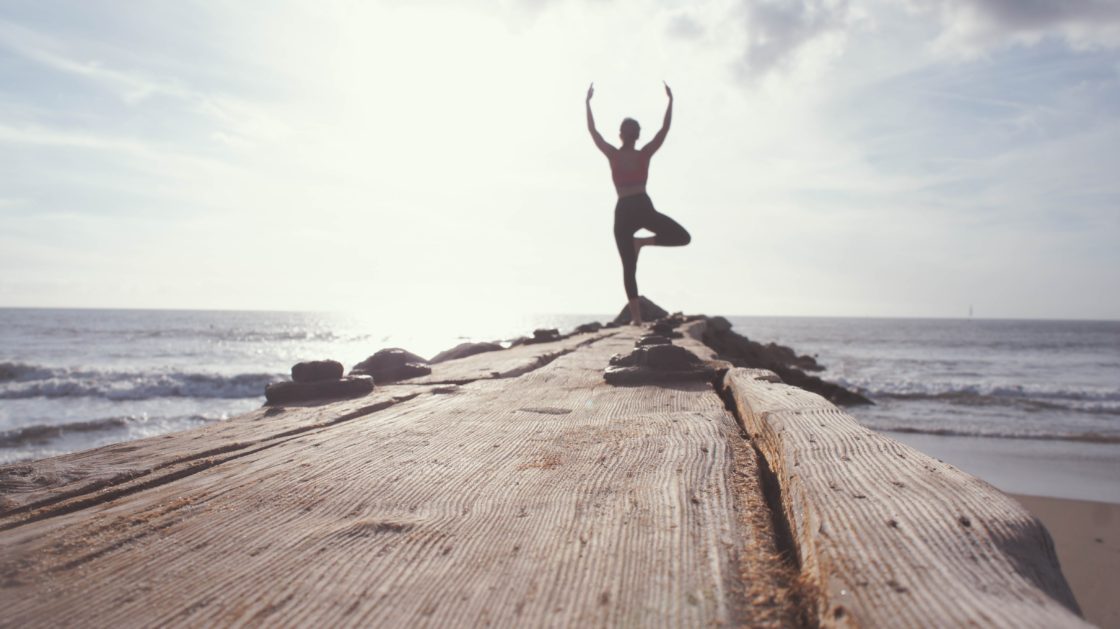 This may surprise you, but I began my yoga practice by happenstance and somewhat by force. Yoga was a required course at the graduate institution where I studied psychology. We were given a choice during our second year of the doctoral program: Continue with another year of Aikido or switch to yoga. I switched to yoga.

Though I was interested in learning about yoga, the practice of it was rather unpleasant for me. It was underwhelming. The class started around 9 am in the mornings, during the period of the day in which I typically had the most energy, especially after having my morning coffee. I’d be rearing to go, and the hatha yoga we were doing felt ridiculously slow and physically not challenging enough to satisfy me.—I was in the practice of riding 40-70 miles on my road bike a week in addition to walking vigorously in the hills of Northern California.—I lamented to the yoga teacher about the challenges of her class, and her response was that I practice Bikram yoga on my own for credit in her class.

Though I would not recommend Bikram to people for various reasons, my teacher’s recommendation to try Bikram yoga turned out to be a real game changer. After just a couple of weeks of practicing Bikram yoga, I discovered I could focus my mind for an entire hour and a half on just moving my body into and out of 26 yoga poses without thinking about much else and without needing music to keep me going. This was a profound realization for me at age 25. The lack of variety (of the postures) involved in Bikram in any other capacity in my life would have quickly bored me, but somehow, I never got bored with those same 26 poses! In fact, I came to enjoy having the yoga practice be so steady and unwavering. It felt settling and was informative. Any shift or change in my practice provided instant feedback on what was happening within me that given day.

Bikram yoga, and really any form of vigorous yoga would have, opened the door to calming my mind, settling my body, and opening my heart. Yoga is an incredibly powerful tool, offering a wide range of health benefits. I personally have experienced many of them over the years. By dabbling in different forms of yoga practices, I have learned over time which forms of yoga and teachers provide me the most benefit physically, emotionally, and spiritually. I encourage you to do the same.

I’ve just finished reading a wonderful book reviewing the research to-date on yoga called The Science of Yoga: The Risks and the Rewards by William J. Broad. I discovered this book at an airport bookstore some weeks ago and thought it would be an interesting and useful read. And it was.

This book was a way of learning more about the science behind what I’ve come to discover experientially throughout nearly two decades of yoga practice. If you are a yoga teacher or practitioner or are thinking about starting a yoga practice, you may want to pick up this book.

The premise of Broad’s book follows:

“This book cuts through the confusion that surrounds modern yoga and describes what science tells us. It unravels more than a century’s worth of research to discern what’s real and what’s not, what helps and what hurts—and nearly as important, why…the origin of it all was Hatha yoga—the variety that centers on postures, breathing, and drills meant to strengthen the body and the mind (as opposed to the yogas of ethics and religious philosophy).” (pg 5)

I wish I could present the highlights of the book to you in this blog post, but to keep these blog posts more succinct, I’ll save it for the next one. Click here for Part 2 of this blog series on the history and evolution of yoga, the general benefits of yoga, and how practicing the right form of yoga can be very healing for a wide variety of ailments, issues, problems, and illnesses.