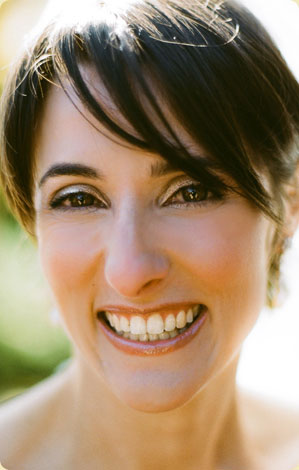 “Genuine curiosity drives the passion I have for my work.”

My name is Dr. Jennifer Franklin, and I’m a psychologist by trade and anthropologist by nature. Genuine curiosity drives the passion I have for my work with adult individuals and couples. As I come to understand who each client is as a unique whole human being, I individualize my approach to maximize the effectiveness of the therapeutic experience.

My interest in becoming a psychologist was inspired by my own personal experience of healing from Irritable Bowel Syndrome (IBS). Once I’d recovered, I began to work with people with IBS while completing my licensure hours as a psychological assistant in Los Angeles. From there, I started receiving referrals from physicians for other kinds of functional medical problems like heat arrhythmia, tinnitus, and uncontrollable eye twitching. By the time I was licensed and in private practice, I had developed a specialty in helping people with functional medical problems.

Upon relocating to North Carolina from California I had the opportunity to work with Douglas Drossman, MD, a pioneer for the treatment of functional gastrointestinal disorders, at the world-renowned UNC Center for Functional GI & Motility Disorders at UNC Healthcare in Chapel Hill, NC, with patients suffering from severe disorders of gut-brain interaction. I continue to work in collaboration with physicians of all specialties from UNC, Duke, and other private clinics to help their patients to heal.

OTHER AREAS OF INTEREST AND PROFESSIONAL EXPERIENCES

When I initially began working with clients in 2001, I was interested in working with all kinds of different issues that people experience, not just functional medical problems. For a list of all of the different issues I treat, click here to be taken to the general Open Door Therapy website list of my specialty areas.

Early in my career, I was supervised by the prolific Thomas C. Greening, PhD, former Editor of the Journal of Humanistic Psychology (JHP), and became an Associate Editor for the JHP while working as a psychotherapist prior to licensure. I have reviewed manuscripts for other professional psychological journals as well.

Over the years I have taught mindfulness meditation, co-led groups, given talks on healing from functional gastrointestinal problems, and have written several short articles on a wide range of topics.

MY PERSONAL STORY OF RECOVERY FROM IBS

I was personally diagnosed with Irritable Bowel Syndrome (IBS) as a teenager and suffered greatly for several years. Through my personal journey, I became symptom-free and was inspired to offer others the kind of guidance that supports not only symptom-management and reduction but also the kind of genuine healing that leads to a fully-functioning life.

My healing process began when I was referred by my gastroenterologist to a psychologist for weekly therapy. Though I resisted, I became so desperate for relief that I finally yielded to the idea that perhaps it would help. And it did. After just one year of weekly therapy with a psychologist, my symptoms ameliorated significantly.

Later, while training to become a psychologist, my exposure to a variety of approaches, modalities, and experiences led me to the realization that though I was better, I still hadn’t fully healed. I was still tolerating IBS symptoms and living in constant fear. By addressing these residual symptoms, I transitioned into a life free of symptoms, free of fear, and free of avoidance behaviors. My life didn’t just go back to the way things were before I developed IBS; it became even better than it had ever been!